As daylight brightened up the sky, we came to a halt. The bus parked behind a row of trucks and though I kept thinking it had to be the border (it was hard to see ahead from where I was seated), I didn’t want to believe so.

It was in the middle of nowhere, surrounded by only the bush (this much one could tell from any angle of the bus), and the road had one and a half lanes. Half of the other half was filled with mud and stagnant water. As I watched passengers move out, confirming my fears, I almost wished I were still asleep. But as it is, I was awake, and my neighbor was rambling about a thousand reasons why we were where we were, and I had to get out. I got to learn from another passenger that the border was ahead and that we had to hurry as there would be a long queue at the immigration clearing point.

We walked. We walked along that abandoned dirt road in the middle of the bush and until now I find it hard to believe that it took us not less than thirty minutes to see the first structure in view. There were men sleeping under trucks that were parked along the road, others on the side of the road, some even had mosquito bed nets out there in the open. I had never encountered something like that.

Moreover when we finally saw the first structures, they were no consolation. They were literally shacks, many of them very new, made of shiny iron sheets and/or reeds. There was a lot of Luganda spoken in the area, which meant a lot of these people were new in the place (maybe not, but combined with the new shacks, it was the nearest conclusion one could find) straight from the central/southern region of the country. I could not stop wondering why the border has never been developed, given that it has existed for years, even before south Sudan gained its independence.

There was this amazing companion I found, who kept telling me the history of the place, and the most sure news he seemed to be confident about was that the ‘no man’s land’ had been longer, until not so long ago when the president of Uganda  allegedly stole it and pushed the Ugandan border closer to the South Sudan border. As he smiled, I could tell that he wanted me to comment, but being reluctant to do so, all I said was “oh!” and he nodded his head.
Surrounding the office of the ministry of internal affairs and the Attiak police post were lots of money changers, restaurants, photo shops and many other business shacks. Perhaps the signpost announcing:
NUREP (Northern Uganda Rehabilitation Programme)
PROVISION OF INFRASTRUCTURE FACILITIES AT ALEGU BORDER POLICE POST
ATTIAK SUB COUNTY, AMURU DISTRICT
New lives through peace and development
(Government programme, funded by the European Union)
, was a kind of hope for the place. Or had this signpost finished its job already? It was heartbreaking, the irony.

However, as I looked at those moneychangers, it struck me how vain we all are. My neighbor had already warned me that “from here up to Juba, you have to be careful with money. If anybody sees you counting money, they just take it away from you. The only safe place to show or count your money is inside closed doors. Trust me, even if it’s ugx1000, do not reveal it” Yet seeing all those notes, displayed on unprotected tables, I couldn’t help but laugh at more irony of not just the place, but of human circumstances in general. Somehow, all of a sudden I looked at money like some painted pieces of paper (which it literally actually is), held together by some rubber band, meaningless, worthless. But I had other worries to be occupied with, as Nimule, the South Sudan clearing point, was still a distance away.

I have never been delayed at a border longer than I was delayed on that Bibia-Nimule border. Not that I have been to too many, but perhaps enough to know when it’s taking too long. First, the distance was unbearably long and some people had to use boda bodas (motor bike taxis). Second, the line was too long (it was actually not a very long line, it just didn’t shift. It was like each person needed a whole portion of time to be cleared) and had we not possessed embassy visas we might have taken forever in the queue for people who had to buy waraga
(the equivalent of visa papers sold at the border). Worst of all though, was the bus delay. Even when everybody was ready, the bus seemed like it was not warmed up enough to think about leaving.

Many passengers quarreled, and trust me my neighbor was one of those who shouted the most, but still their noises fell on deaf ears. We arrived at the border at dawn but we left when the sun was almost steadying itself in the centre of the sky, somewhere near noon. 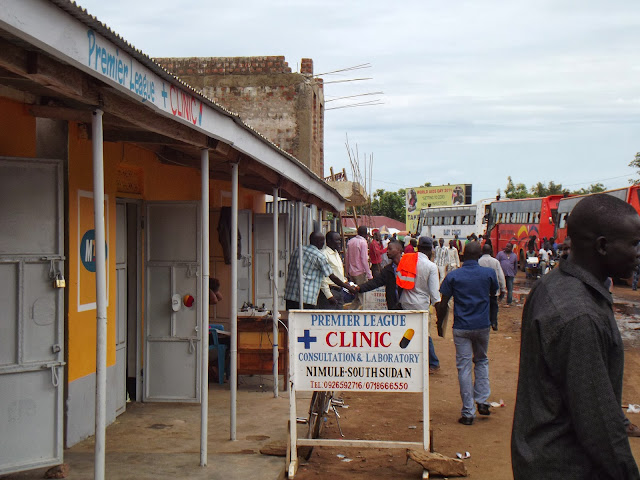 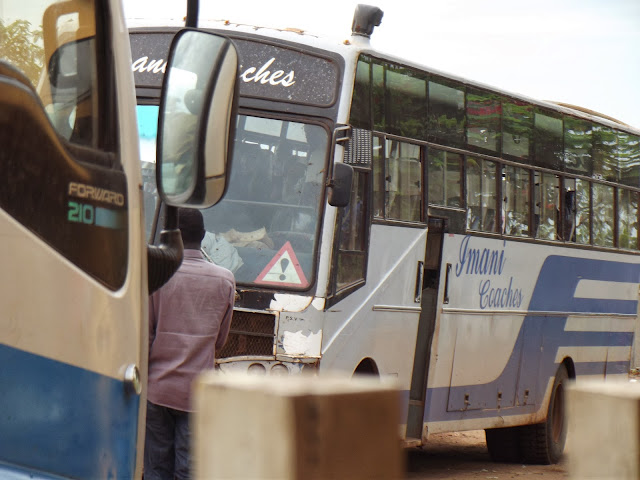 Popular posts from this blog

The Lovely Ghosts Of Bagamoyo

March 29, 2017
The Lovely Ghosts of Bagamoyo. By Patience Nitumwesiga The journey to Bagamoyo started with me missing my flight. So I walk onto the departures entrance and the clerk asks for my flight name. I give him my ticket. He takes one look at it and says “checking in for precision Air is closed”. I don’t believe him. For a brief second I think he’s joking. But you know how airports are. You miss your target and everyone moves on. Like it doesn’t matter that you’re trapped in one ‘time zone’ and they are rolling on with the globe. It’s like death. Just because one person somewhere has stopped breathing doesn’t mean the world will stop and mourn them. After a while, partly because the clerk has moved on to other people without hesitation or a care in the world about what I’m supposed to do, but also because enough time has passed for it to sink in, I move away. Through the glass, I can see the people I’m supposed to travel with still sorting their baggage but I’m unable to join them.
Read more

When the dead help with fiction.

March 21, 2019
So most of March I was thinking about my grandmother Nyamwire, my dad's mom. Considering she's been dead for a long time, some of my uncles freaked out when I told them she was visiting me in my dreams. I was told to go and pray, blah, blah, blah. To which I replied that I'm trying to decolonise my mind and to stop listening to the demonising of everything traditionally African. Before colonialists arrived, I told them, our religion depended highly on contact with the dead. One of my uncles was so shocked by all this that he just changed the subject. But a cousin of mine was very intrigued and she told me to keep listening and see if maybe grandma had a message for us. A week later I went on a writing retreat in Lira and embarked on my first feature film. There is a character in the story who's the backbone of the protagonist and a symbol of love and protection. I was struggling so much with her back story because she's a Munyankore woman who lives in Buganda. I di
Read more